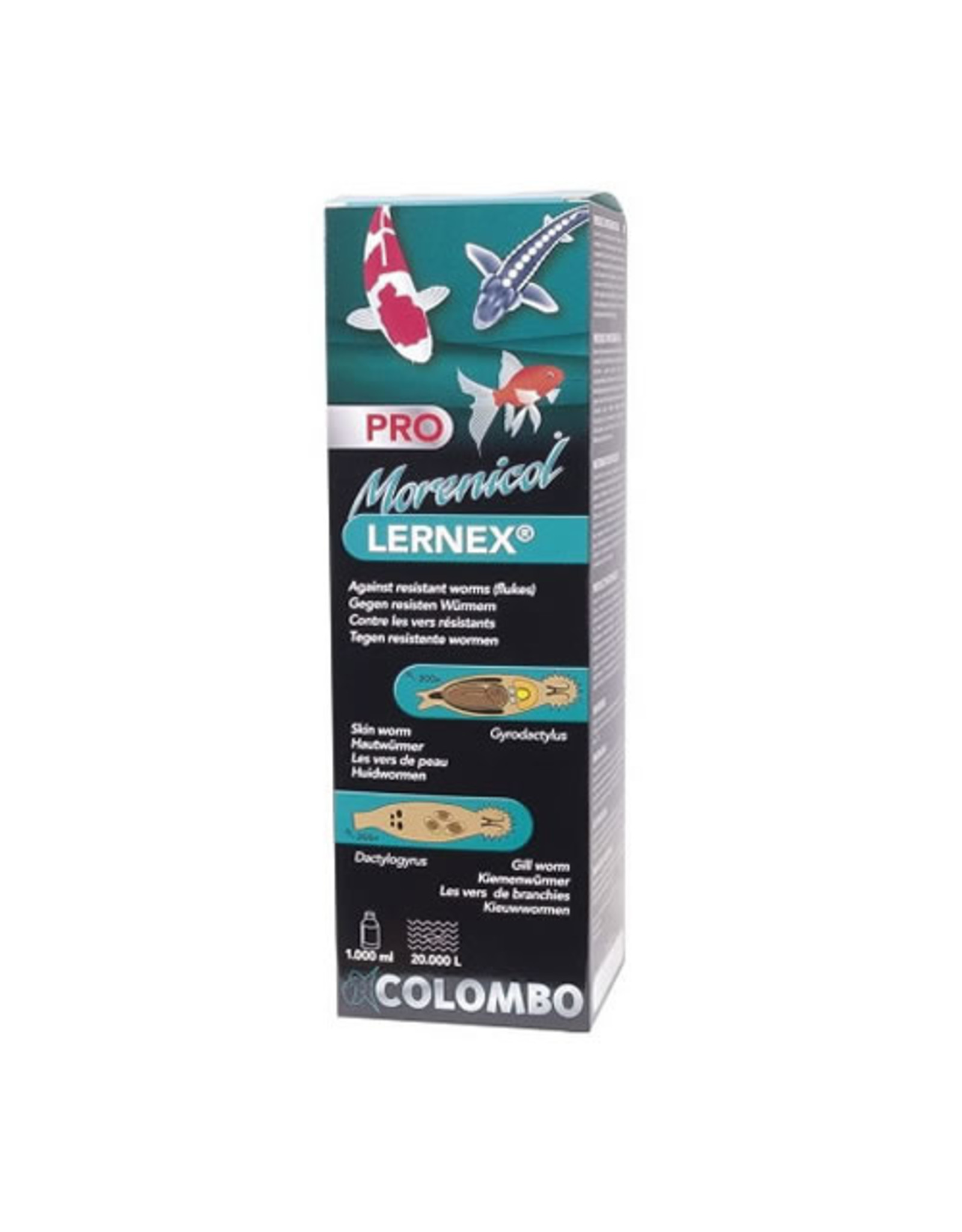 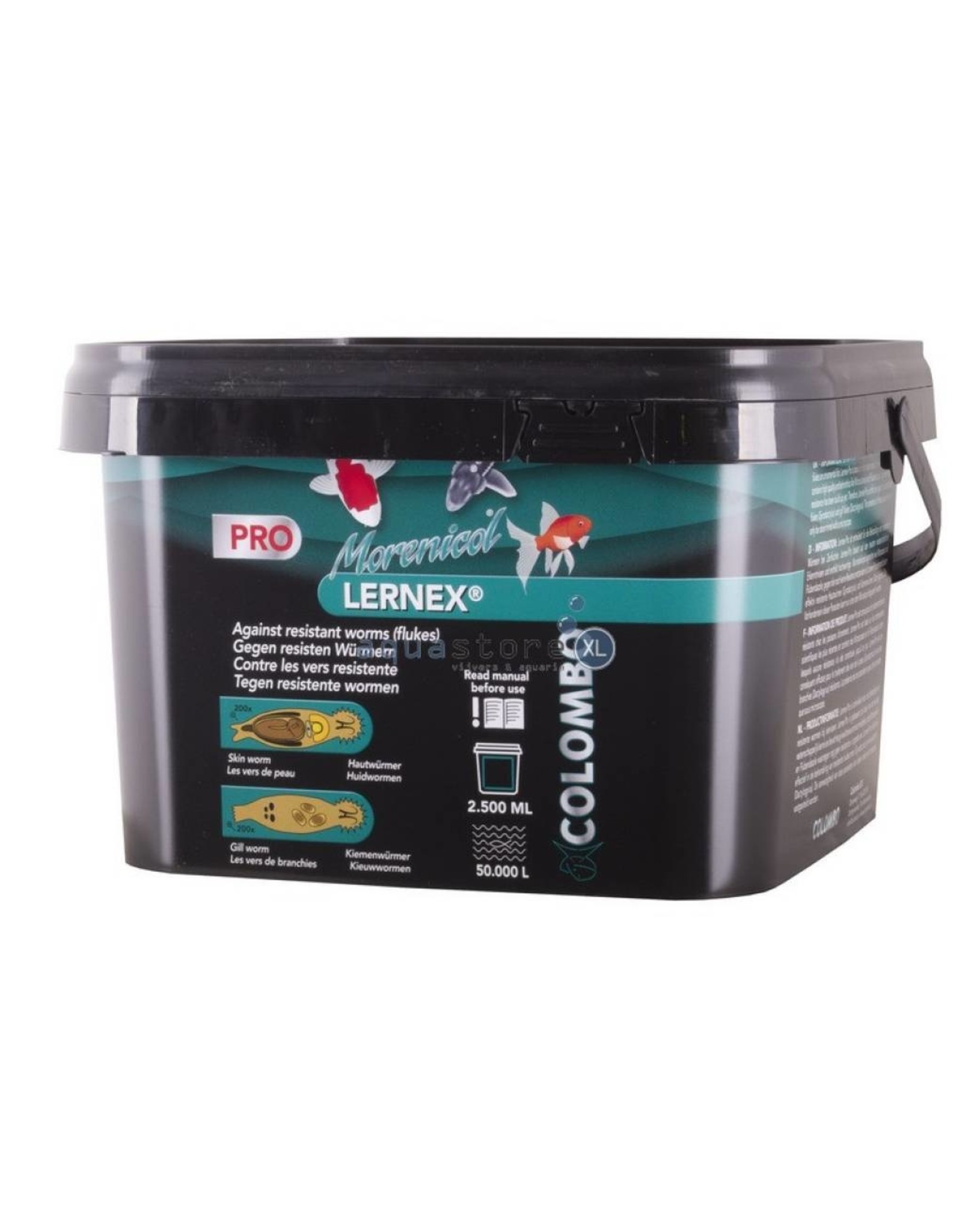 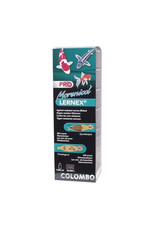 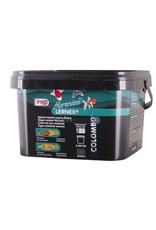 Due to regulations, we unfortunately cannot send Colombo products to the United Kingdom.

Lernex pro contains, among other things, the active substance in resistance: Praziquantel & Nitroscanate.

Morenicol Lernex Pro has been developed for the treatment of resistant skin and gill worms in ornamental fish. Lernex Pro is based on the latest scientific knowledge and contains high-quality anti-worms, such as Nitroscanate and Flubendazole, against which no resistance has yet been built up.

Lernex Pro is therefore effective in the treatment of resistant skin worms (Gyrodactylus) and
gill flukes (Dactylogyrus). The presence of these parasites can only be determined under the microscope.

Anchor worms, carp lice and leeches cannot be treated with Lernex Pro, the product Lernex (without Pro) is very suitable for this.

Symptoms of an infestation with these parasites are:

Calculate the contents of the pond as best as possible: length x width x average depth in decimeters = content in liters.

Good water quality is essential for optimal functioning of Morenicol Lernex Pro and rapid healing of sick fish. Therefore, always test the water quality before and after treatment and correct where necessary.

1 ml per 20 liters of pond water. If necessary, the treatment can be repeated after 14 days. Provide good aeration, so that your fish have sufficient oxygen at all times. The required amount of Lernex Pro can be measured with the supplied measuring cup. This quantity must be slowly poured into the pond water in a place where there is a lot of flow, eg the outflow of the pump or filter. Do not filter over coal or zeolite; Keep UV lamps and ozone devices switched off for up to 1 week after the last administration.

With gill flukes treat 3 times with an interval of:

48 hours after the last administration of Lernex Pro use the product Colombo Fish Protect, this protects the mucous membrane and binds remnants of the product. By adding Colombo Vita-Spray to the feed, the healing is maximally supported.

Administered agents will disappear in ponds by natural processes, such as oxidation and breakdown by bacteria.

The effect of a combination with other agents is unknown. The use of more than 2 preparations in a combination is at your own risk.

Fish parasites are cold-blooded, which means that, at lower temperatures, their metabolism decreases. Below 10 ° C, Morenicol Lernex Pro is insufficiently absorbed by the parasite. If possible, we recommend increasing the water temperature to improve absorption. 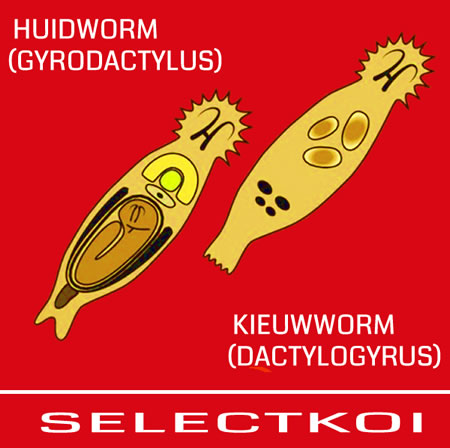 Skin and gill worms are flat sucking worms of 0.3-0.5 mm in size, which nowadays regularly occur on our pond fish.

Gyrodactyl is the skin worm that is viviparous and can therefore reproduce quickly and massively. Due to the creep on the skin, it thickens and a gray slimy layer is formed.

The gill worm is called Dactylogyrus and is egg-laying. It damages and irritates the gills, causing them to thicken and stop functioning properly. The fish scour their gill covers on plants and stones. When deteriorating, they swim through tightness with open gill covers and may even die. Recently, more and more cases have become known in which especially skin worms (Gyrodactylus) were resistant to commonly used agents, such as triclabendazole, levamisole, fenbendazole and piperazine.

Colombo has therefore, after extensive research, found a new anti-worm agent for fish that is effective against resistant worms: Nitroscanate.

Nitroscanate is effective with single administration even at very low concentrations.

Nitroscanate has been combined with Praziquantel and Flubendazole in a unique medicine to increase its effectiveness and thereby also reduce the chance of resistance.

Application of this drug is at your own risk. Consult the package leaflet before adding to the pond.

This worm is viviparous (that is, gives birth to live boy) and you can see the boy sitting in the belly. (Note the brackets in the belly)

This worm is egg-laying (you don't see a boy in the belly). Furthermore, this worm has 4 eye spots that are visible. 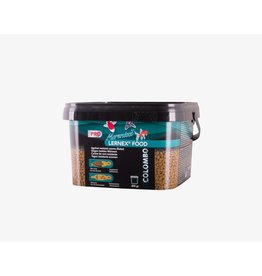 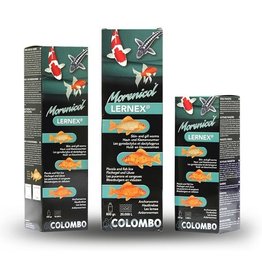 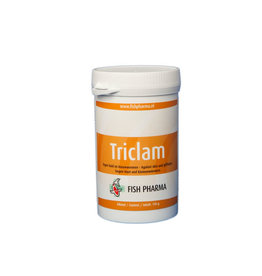 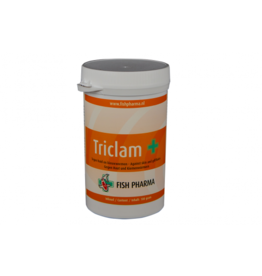 Fish Pharma Triclam Plus against skin and gill flukes. Based on Praziquantel (against resistance)
Add to cart
Triclam Plus
€69,95
Please accept cookies to help us improve this website Is this OK? Yes No More on cookies »