Home / Colombo Morenicol Lernex is effective against worms and lice 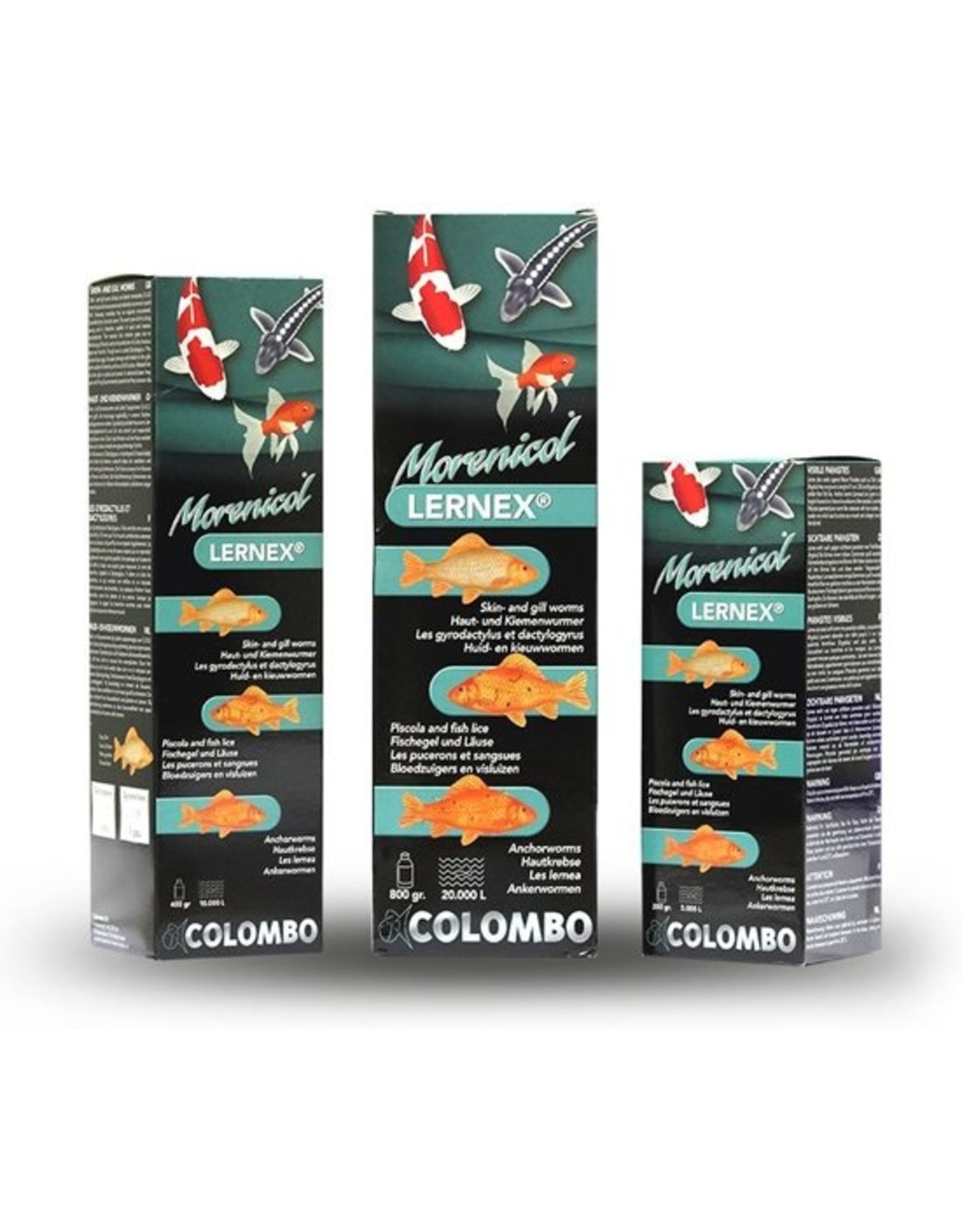 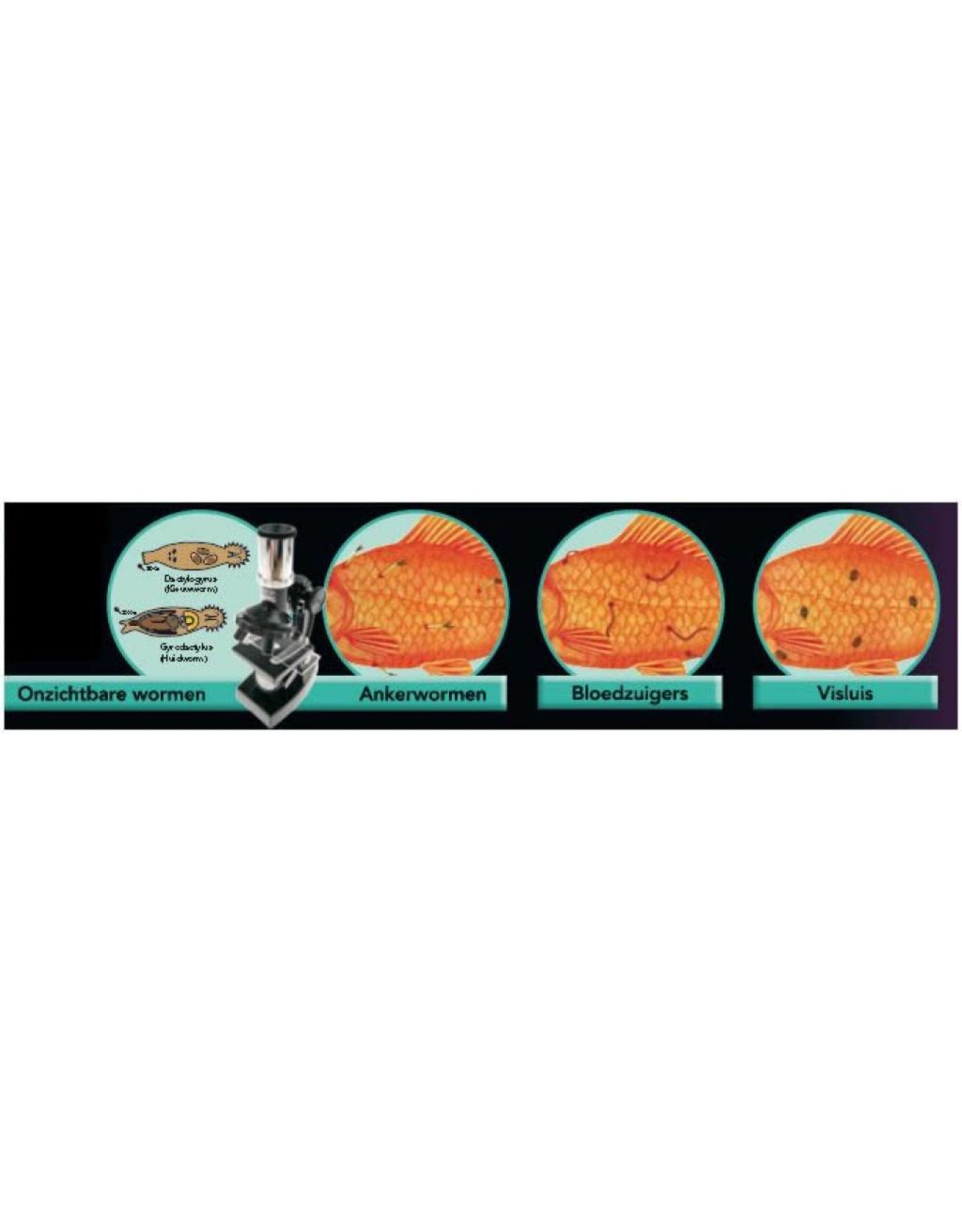 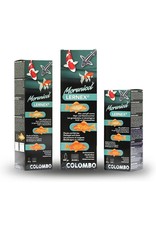 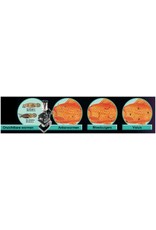 Due to regulations, we unfortunately cannot send Colombo products to the United Kingdom.

Morenicol Lernex - Lernex is effective against skin worms (Gyrodactylus), gill worms (Dactylogyrus), and internal worms (Nematodes). The presence of these parasites can only be determined under the microscope. Lernex is also effective against leeches (Piscicola), fish lice (Argulus) and anchor worms (Lernea). The presence of these parasites can be determined with the naked eye.

Application of this drug is at your own risk. Consult the package leaflet before adding to the pond.

Good water quality is essential for optimal functioning of Morenicol Lernex and rapid healing of sick fish. Therefore, always test the water quality before and after treatment and correct where necessary.

20 gr (= 1 scoop) per 500 liters of pond water. A scoop is included in the package. If necessary, the treatment can be repeated after 14 days.

Measure the required amount with the measuring spoon and pre-mix with water in a watering can or bucket. Then spread evenly over the pond. Below 10 ° C, Morenicol Lernex is insufficiently absorbed by the parasite. If possible, we recommend increasing the water temperature to improve absorption. Do not filter over coal or zeolite; UV lamps and ozone devices up to 1 week after
keep the last administration switched off. Keep the filter switched on.

After adding Lernex, the activity of the parasites is initially increased. This irritates the fish that can shoot through the water and even jump out of the pond. Therefore keep a close eye on the fish during and after the treatment! Lernex can be harmful to invertebrates
like snails and crustaceans.

Only for use with ornamental fish in ponds. Store between 4 and 32 ° C in the packaging and out of reach of children. Do not breathe. Avoid contact with skin and eyes.

Administered agents will disappear in ponds by natural processes, such as oxidation and breakdown by bacteria.

Pets and birds that drink from a pond with these resources in it.

As a rule, it can be said that, if fish can swim in it, it is for animals out there
just from drinking, is harmless. Nevertheless, it makes sense to just feed pets dogs and cats accustomed to drinking from the pond during the cure. Combinations: There must be a difference of at least 2 weeks between the use of Morenicol Lernex and Alparex. The effect of a combination with other agents is unknown. Combinations with other products is expressly at your own risk!

Other than the name suggests, fish lice, gill lice and anchor worms are not lice and no worms, but a type of lobster: the parasitic crustaceans.

Fish parasites are cold-blooded, which means that, at lower temperatures, their metabolism decreases.

Fish lice (Argulus) can grow half a centimeter in size. They are flat and round, with numerous legs on the ventral side. With 2 suction cups they attach to the fish and pierce its skin with their poisonous mouthparts. They feed on the body fluids of the host, which thins and sheds on the soil and plants. Argulus releases its eggs in the water to survive
find a fish within a day. No increase takes place below 14 ° C, so the problems mainly occur in the summer.

Gill lice (Ergasilus) are smaller. They attach themselves to the gills with hooks and 'graze' them off. Gill tissue can become inflamed as a result. In any case, this 'grazing' causes death and thickening of the gills. The fish get stuffy and can even die.

Anchor worms (Lernea) can grow to several centimeters in size. They are not worms, but they also belong to the 'parasitic crustaceans'. The young adult lobsters mate on the gills, after which only the females can become harmful. These attach themselves to the fish and drill their anchor-shaped head into the fish tissue. So the first symptom is bleeding in the fish skin. This is then visible as a red spot on the fish. When the parasite has matured, we see the 1-cm long body with the 2 egg sacs sticking out of the fish, like a V-piece. When they fall off, they leave a dirty ulcer.

Skin and gill worms are flat sucking worms of 0.3-0.5 mm in size, which regularly occur on our pond fish.

Gyrodactyl is the skin worm that is viviparous and can therefore reproduce quickly and massively. Due to the creep on the skin, it thickens and a gray slimy layer is formed.

This worm is viviparous (that is, gives birth to live boy) and you can see the boy sitting in the belly. (Note the brackets in the belly)

The gill worm is called Dactylogyrus and is egg-laying. It damages and irritates the gills, causing them to thicken and stop functioning properly. The fish scour their gill covers on plants and stones. When deteriorating, they swim through tightness with open gill covers and may even die.

This worm is egg-laying (you don't see a boy in the belly). Furthermore, this worm has 4 eye spots that are visible.

Leeches (Piscicola geometra) are worms with 2 suction cups: one smaller that also functions as a mouth and one larger at the tail. They have a transverse stripe and grow to 2 to 4 cm. With the tail sucker they attach themselves to stones or plants and wait for a fish to pass. They then shoot at this in a fraction of a second and suck themselves with the mouth suction cup. Like all bloodsucking parasites, they can transmit infections. They cause unrest and abrasive fish. All of these parasites cause wounds in the fish skin, which can become inflamed by bacteria and fungi. This can be prevented by treatment with Morenicol Cytofex or Morenicol FMC-50.